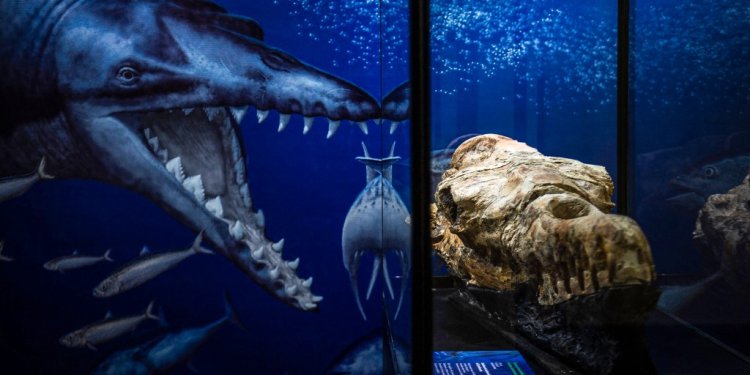 Paleontologists have unearthed the skull of a ferocious marine predator, an ancient ancestor of modern-day whales, which once lived in a prehistoric ocean that covered part of what is now Peru.

Rodolfo Salas, chief of paleontology at Peru’s National University of San Marcos, told reporters at a news conference that the roughly 36-million-year-old well-preserved skull was dug up intact last year from the bone-dry rocks of Peru’s southern Ocucaje desert, with rows of long, pointy teeth.

Scientists think the ancient mammal was a basilosaurus, part of the aquatic cetacean family, whose contemporary descendants include whales, dolphins and porpoises. Basilosaurus means King Lizard, although the animal was not a reptile, though its long body might have moved like a giant snake.

Scientists believe the first cetaceans evolved from mammals that lived on land some 55 million years ago, about 10 million years after an asteroid struck just off what is now Mexico’s Yucatan peninsula, wiping out most life on Earth, including the dinosaurs.

Salas explained that when the ancient basilosaurus died, its skull likely sunk to the bottom of the sea floor, where it was quickly buried and preserved.

4 Comments on “Scientists discover Skull of Marine Monster in Peru”