The Largest Mangrove Forest in the World 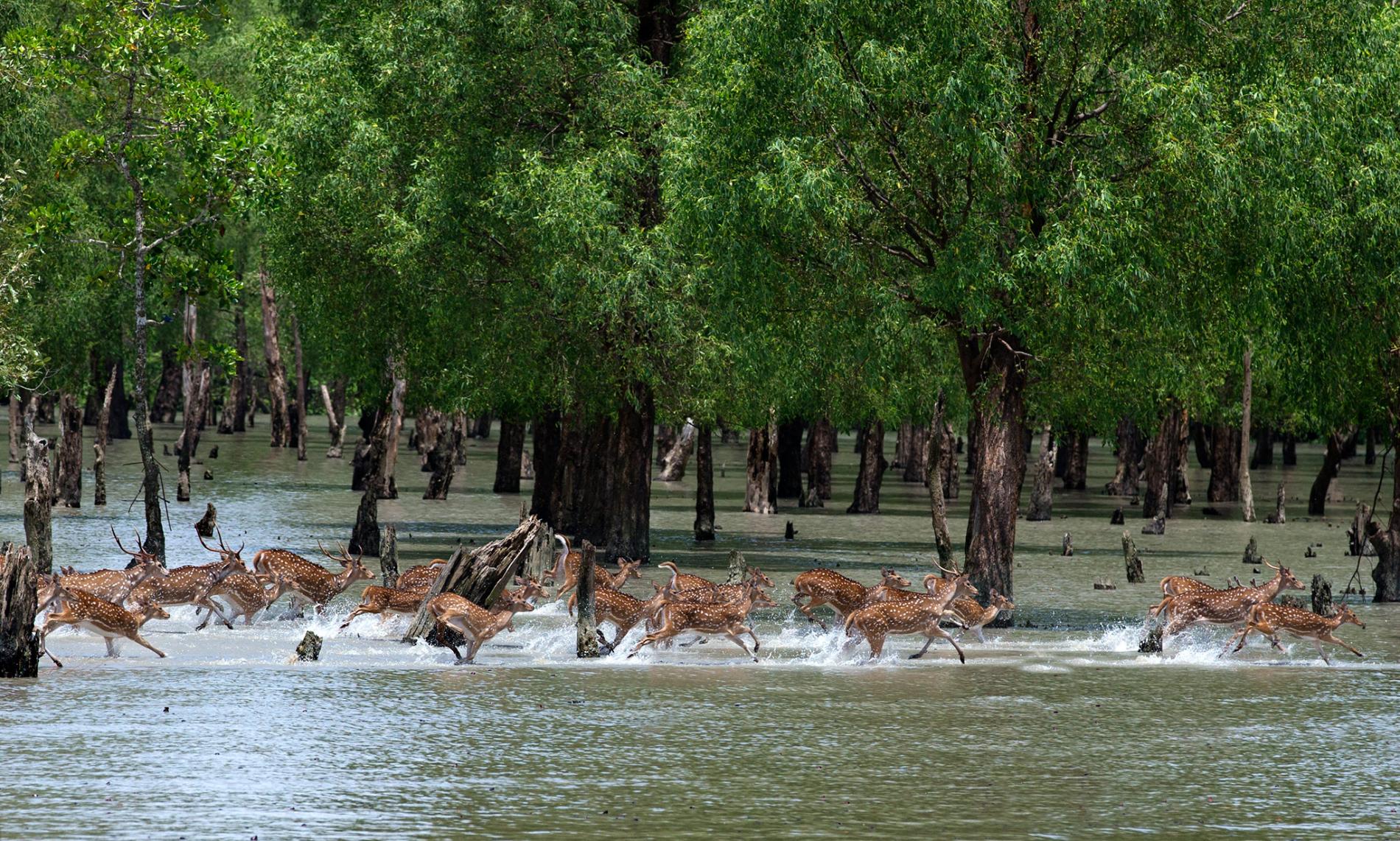 Sundarban is bounded by Khulna,Satkhira and Bagerhat district in the north reason. Bay of Bengal in the south reason. In the east there is Baleswar river, Perojpur and Barisal district and the river Raimangal and Hariabhanga is in the west which indicates partially Bangladesh boundary with Indian west Bengal.

From above, the Sundarbans mangrove forest is an impressive labyrinth of colors and textures. The clear blues of the Bay of Bengal run into the murky waters of criss-crossing river systems lined by emerald foliage.

Throughout history, locals have worshipped the goddess Bonbibi, or “lady of the forest.” According to one version of the story, Bonbibi was the daughter of a Sufi fakir, brought from Saudi Arabia to the jungles of South Asia.

There, she was chosen by God to battle the creature Dokkhin Rai, who took the form of a tiger and preyed on locals. Instead of killing Dokkhin Rai, Bonbibi made a bargain that he could not attack anyone who worshipped her.

So that the tigers think the men are looking them eye to eye contact and the two faces men can create danger for them. Another beautiful animal in the Sundarban is spotted or chital deer. It is estimated 30,000 now. Rhino, wild Boar, Monkey, Fishing cats; Foxes, Pangolin, etc. are also the important kingdom of animal of Sundarban. Sundori is the main and valuable tree in the Sundarban.

In addition to the Bengal tiger—the only one of its species adapted to a mangrove environment—the forest has a wide array of wildlife, including rare species like the Indian python and Irrawaddy dolphins. Because of its wildlife and unique ecosystem, the Sundarbans was inscribed a UNESCO World Heritage site in 1987.

The animals’ habitat is under threat, however. Rising sea levels are swallowing the forest, and increasing water salinity is damaging plant and marine life—this has a domino effect on larger animals.

Under the strain of land loss, people are also encroaching on the animals’ habitat, tearing down trees to make space for farmland, and poaching. A 2004 census estimated around 440 tigers in the Sundarbans, and the population has steadily declined. More recent surveys estimate around 106 tigers in the Bangladeshi region.

Conservationists, along with the government, are working to preserve the Sundarbans and its wildlife. “We must do everything possible to save the remaining population and help people and tigers to coexist,” says Raquibul Amin, Bangladesh country director for the International Union for Conservation of Nature. “The Bengal tiger is the national icon of Bangladesh.