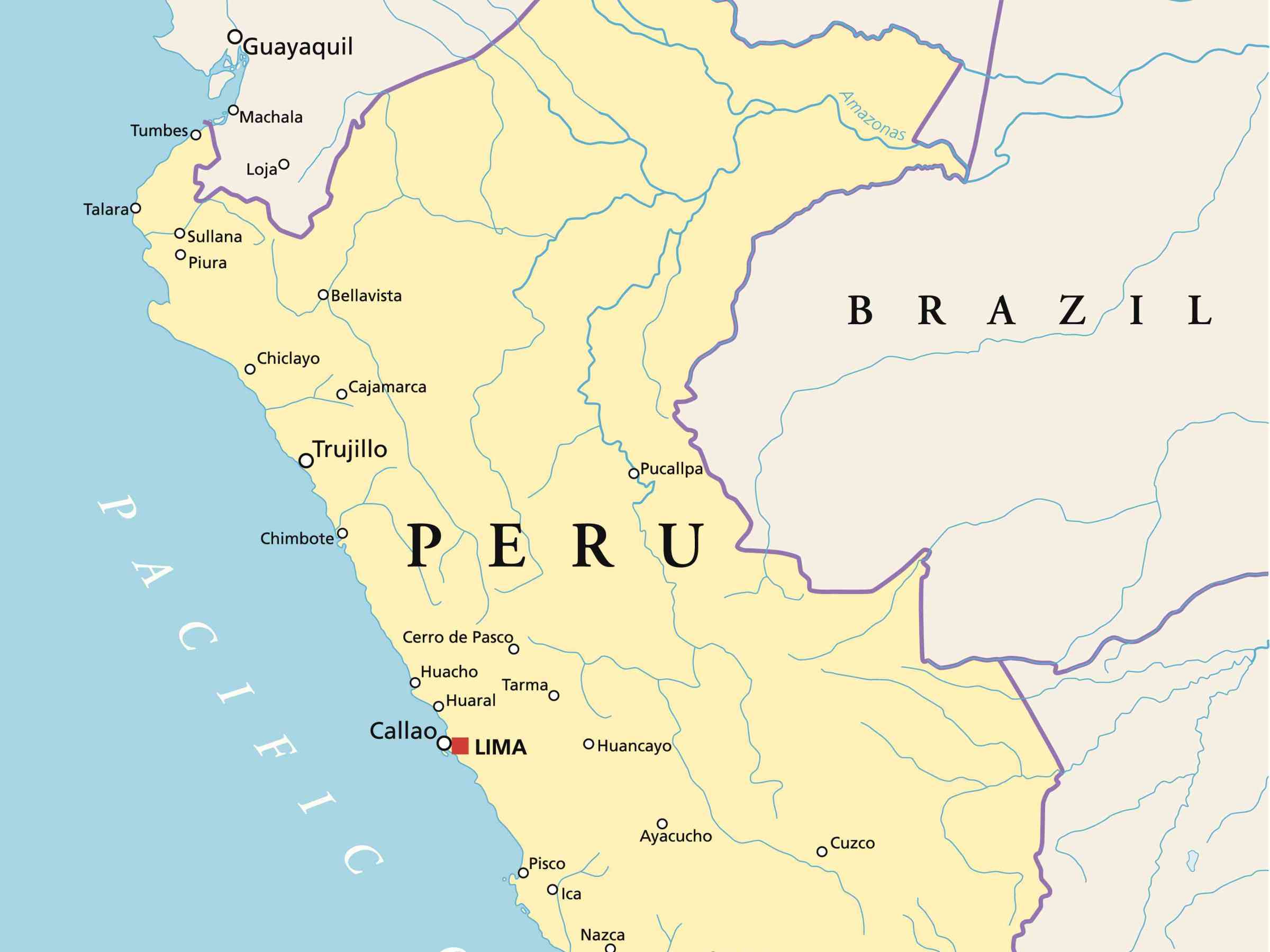 South America has countless landscapes and tourist destinations to look at, among them the ruins of Lost City or Machu Picchu, for which there is the eternal debate about which one is better to pay a visit.

And although there is no one better than the other, as there is no comparison between them, you can always choose the one that best suits your travel plan.

The Lost City and Machu Picchu are more than 2000 km apart and are located in two completely different countries, so you may not plan to visit both during the same trip.

Although there are several ways to get to both places, it is true that the options for getting to Machu Picchu are more original and varied. As for how to get to Lost City, the options are a little more limited as only guided tours are available.

Llamas seem to graze everywhere in Peru’s mountains, but none of them are quite as memorable as the herd at Choquequirao, a sprawling pre-Columbian archaeological complex in the southern Andes.

Choquequirao, or Choque to locals, is a cousin to the more visited Machu Picchu. Built by the Inca, it includes ceremonial halls, chambers that once held mummies, intricate farming terraces, and hundreds of buildings where ancient peoples worked and lived.

The llamas—in a perpetual procession toward the ruin’s central plaza where their real-life relatives would have been sacrificed—are the star attraction. Choquequirao is accessible only by foot (human or mule).

The route to the 10,000-foot-high Choquequirao is not for the faint-hearten. It takes most hikers two or three days to trek there and back, along a 39-mile trail that often hugs the cliff-side as the Apurímac River rages below. The route is strewn with rocks and lined with thorny branches.

Choquequirao, translated as cradle of gold in Peru’s Indigenous Quechua language, sits along a route used by pre-Columbian people to move between Andean peaks and jungle lowlands.

Both it and Machu Picchu (27 miles northeast) were mapped in the 1910’s by American explorer Hiram Bingham, who led four expeditions to the area sponsored by Yale University and the National Geographic Society.

The two sites have evolved quite differently since Bingham’s mapping efforts. By the 1920’s, Machu Picchu was heralded (incorrectly) as a lost city causing a spike in tourism. The terraced complex became Peru’s postcard to the world, a mountaintop citadel accessible by trail or by a train-bus combination.

In 1983, it was inscribed on the UNESCO World Heritage list, and the number of travelers increased further. In the first six months of 2022, the site attracted nearly 413,000 visitors, according to Peru’s Trade and Tourism Ministry.

Choquequirao, in contrast, only received 2,353 trekkers in the first half of this year. That’s not the only difference. While most visitors to Machu Picchu transit through the small town of Aguas Calientes (also known as Machu Picchu Pueblo), with its plentiful food and lodging, the route to Choquequirao lacks many creature comforts. Getting there is, as many prefer, an adventure.

As with Machu Picchu, Choquequirao shows the progression of Inca construction techniques, beginning with simple stone structures and evolving to finely hew massive blocks that interlock like puzzle pieces.

The heart of Choquequirao, with its mummy niches and ceremonial sacrifice platform, is smaller than what tourists see at Machu Picchu, but the complex itself is much larger.

Choquequirao’s size and remoteness mean that much of the site has never been excavated. Nelson Sierra, who operates a high-mountain trekking company, Ritisuyo, points to vine-covered elevations rising beyond the central clearing.

They are not small hills, but collapsed structures reclaimed by dense vegetation. “So much work is still needed here, but restoring it all would be a massive job.

As trekkers approach the ruins, the first thing they see are terraces, step-like platforms that turn hillsides into arable land, still used by farmers in highland Peru. Choquequirao has miles and miles of them, most still buried. The terraces stretch from the top of the ruins nearly a mile down toward the Apurímac River.

Work on the terraces led archaeologists to the stone llamas. Their white stone bodies stand in stark contrast with the gray walls, suggesting depth and dimension.

They reflect the sunlight when the rays first hit them each morning. Echevarría says the llama terraces may have been built as a symbolic offering to the sun god even when no actual live animals were available for sacrifice.

Many myths exist around Choquequirao,” says Echevarría. Indeed, Bingham and a number of explorers and researchers have floated theories about Choquequirao’s origins, its relationship to other ruins, and the role it played during the Inca Empire.

First, there’s a foundation myth holding that Manco Inca, the 15th-century Inca resistance leader, holed up in the citadel here for part of the 40 years he waged a guerrilla war against the Spanish invaders.

It is a nice story, but it has nothing to do with reality, says Echevarría. I have no doubt that Manco Inca was in Choquequirao, like he was at Machu Picchu, but it was not built for the resistance.

Samuel Quispe, who has worked as a guard, guide, and restorer at Choquequirao since the 1990s, posits that the complex was built by the Chanca, rivals to the Inca in the neighboring Apurímac region in the 14th and 15th centuries.

Echevarría disputes that theory, believing the majority of the structures went up during the expansion of the Inca Empire in the 15th century.

Former first lady of Peru Eliane Karp was instrumental in securing financial assistance to ramp up the restoration of Choquequirao in 2002. Now, she and her husband, former President Alejandro Toledo, are under suspicion for alleged corruption.

While none of the allegations relates to Choquequirao, the controversy has thrown everything the couple did while in power into question. Rumors abound that Karp helicoptered into Choquequirao to fly out crates of golden artifacts.

Karp did not cart off gold, but she did push for a cable car to access Choquequirao. In theory, the tramway could be good for Peruvian tourism and local economies. But it continues to politically divide communities, archaeologists, and politicians who must approve its funding.

An argument by design, and one that has raged around Machu Picchu, is the impact of tourists on the ruins. In 2016, UNESCO threatened to put Machu Picchu on a “danger” list because to block the number of visitors?

A cable car system would not only bring more visitors to Choquequirao, but also the sort of infrastructure that might damage the fragile site. Some complain that mass access to the sacred site could spoil its remote, undiscovered appeal—and the grassroots tourism outfits that now bring people here.

Melchora Puga, who offers lodging and a restaurant in Chiquisca on the Apurímac side of the trail, worries the cable car would force her and others to abandon their way of life.

Quispe, now a semi-retired mule driver, says the cable car would eliminate the livelihoods of a range of service providers whose businesses would be bypassed by a quick cable car ride.

One of his seven children, José Luis, is a mule driver, while another works for the government project restoring more of Choquequirao’s terraces. The family runs a small store and campground in Cocamasana along the trail.

The trek to Choquequirao is rigorous, and while it can be done in two days, a minimum of three is recommended to spend quality time at the ruins. The altitude begins at 10,000 feet at the trailhead and goes up and down (as low as 3,000 feet).

This can be a factor for many trekkers, particularly those who haven’t adjusted yet. The first day you’ll trek from Cachora straight down to Chiquisca (6,020 feet), close to the Apurímac River. Lodging, food, and drink are available.

You can overnight in Chiquisca or continue to the campground at Santa Rosa (6,200 feet), or to Marampata (9,400 feet), which also offers rooms and food. Choquequirao is about a two-hour hike from Marampata.

Tours, including porters and mule teams, are widely available to escort you from Cusco to Choquequirao and back. Seasoned trekkers utilize the four sites along the trail offering food, beverage, bathrooms, and lodgings.

A three-day tour with a porter runs around $700 per person. If you go solo, there is a $15 entrance fee.